Who qualifies for “head of household” tax filing status? 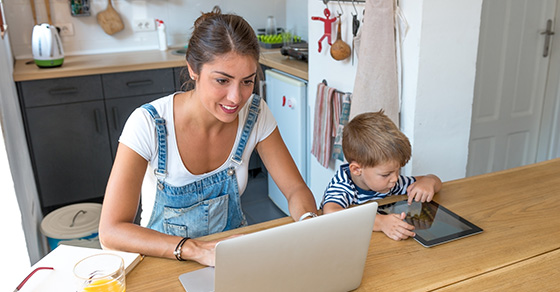 To qualify, you must maintain a household, which for more than half the year, is the principal home of a “qualifying child” or other relative of yours whom you can claim as a dependent (unless you only qualify due to the multiple support rules).

A child is considered qualifying if he or she:

If a child’s parents are divorced, the child will qualify if he meets these tests for the custodial parent — even if that parent released his or her right to a dependency exemption for the child to the noncustodial parent.

A person isn’t a “qualifying child” if he or she is married and can’t be claimed by you as a dependent because he or she filed jointly or isn’t a U.S. citizen or resident. Special “tie-breaking” rules apply if the individual can be a qualifying child of (and is claimed as such by) more than one taxpayer.

You’re considered to “maintain a household” if you live in the home for the tax year and pay over half the cost of running it. In measuring the cost, include house-related expenses incurred for the mutual benefit of household members, including property taxes, mortgage interest, rent, utilities, insurance on the property, repairs and upkeep, and food consumed in the home. Don’t include items such as medical care, clothing, education, life insurance or transportation.

Under a special rule, you can qualify as head of household if you maintain a home for a parent of yours even if you don’t live with the parent. To qualify under this rule, you must be able to claim the parent as your dependent.

You must be unmarried to claim head of household status. If you’re unmarried because you’re widowed, you can use the married filing jointly rates as a “surviving spouse” for two years after the year of your spouse’s death if your dependent child, stepchild, adopted child, or foster child lives with you and you “maintain” the household. The joint rates are more favorable than the head of household rates.

If you’re married, you must file either as married filing jointly or separately, not as head of household. However, if you’ve lived apart from your spouse for the last six months of the year and your dependent child, stepchild, adopted child, or foster child lives with you and you “maintain” the household, you’re treated as unmarried. If this is the case, you can qualify as head of household.

We can answer questions if you’d like to discuss a particular situation or would like additional information about whether someone qualifies as your dependent.